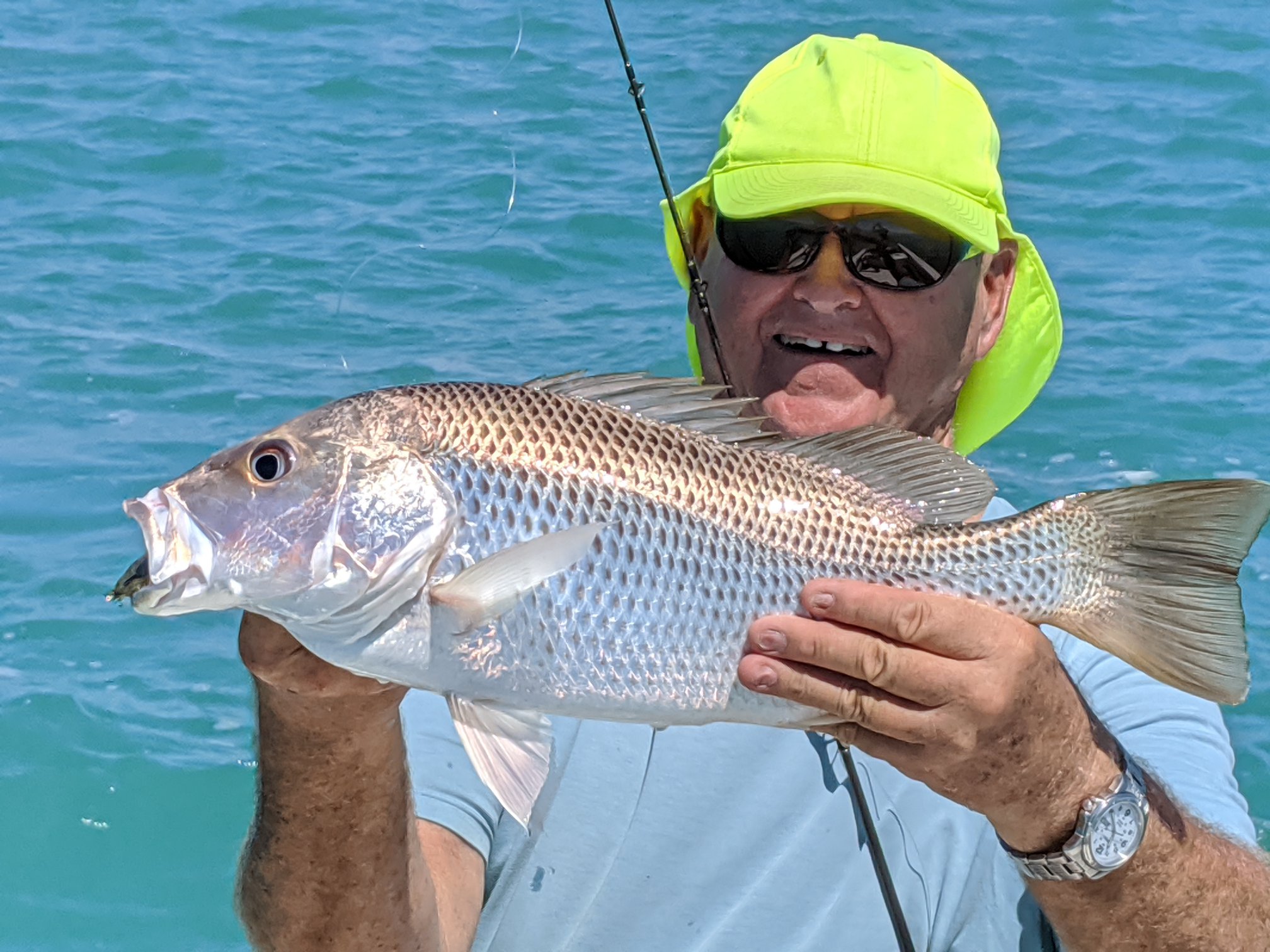 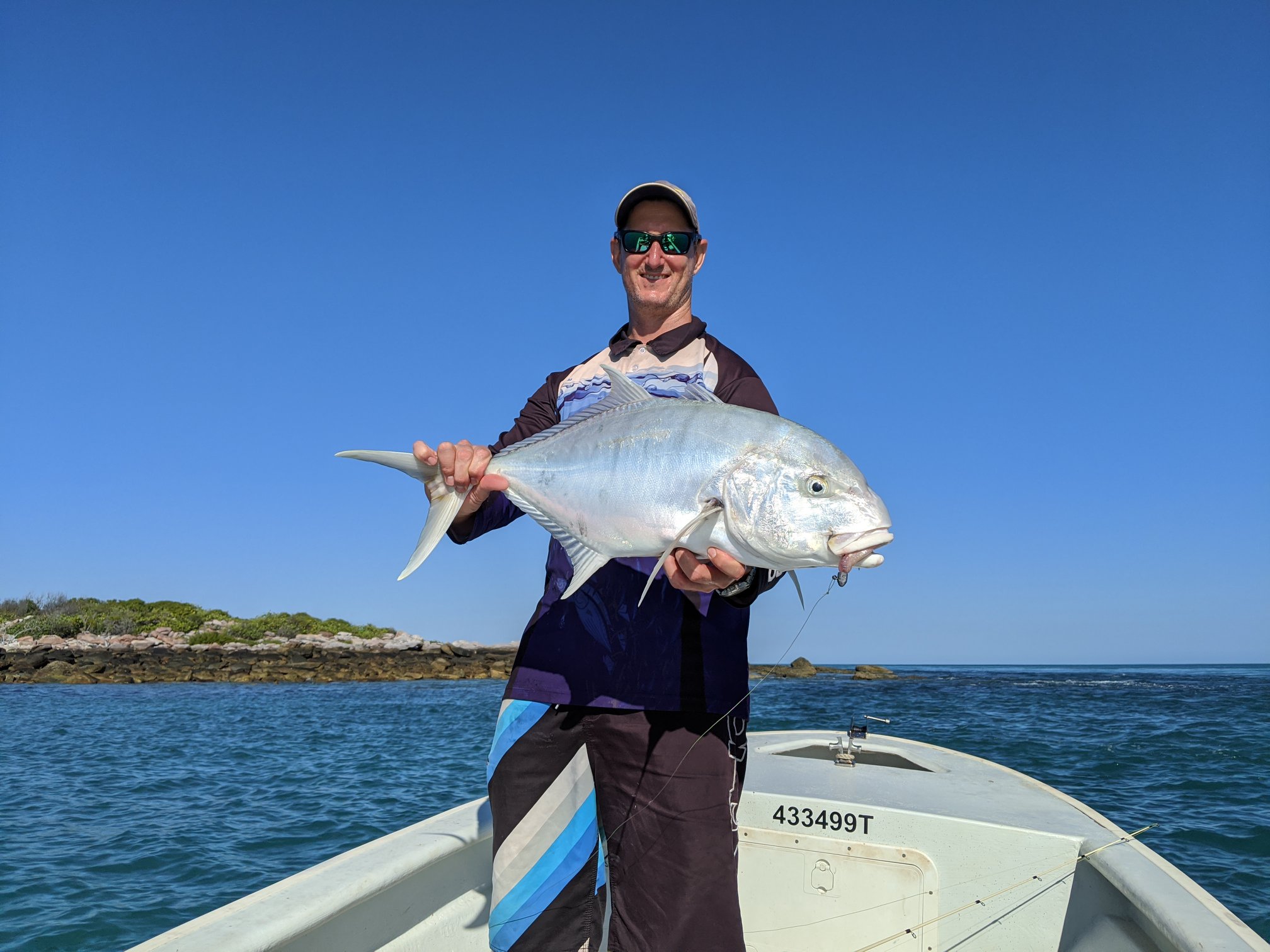 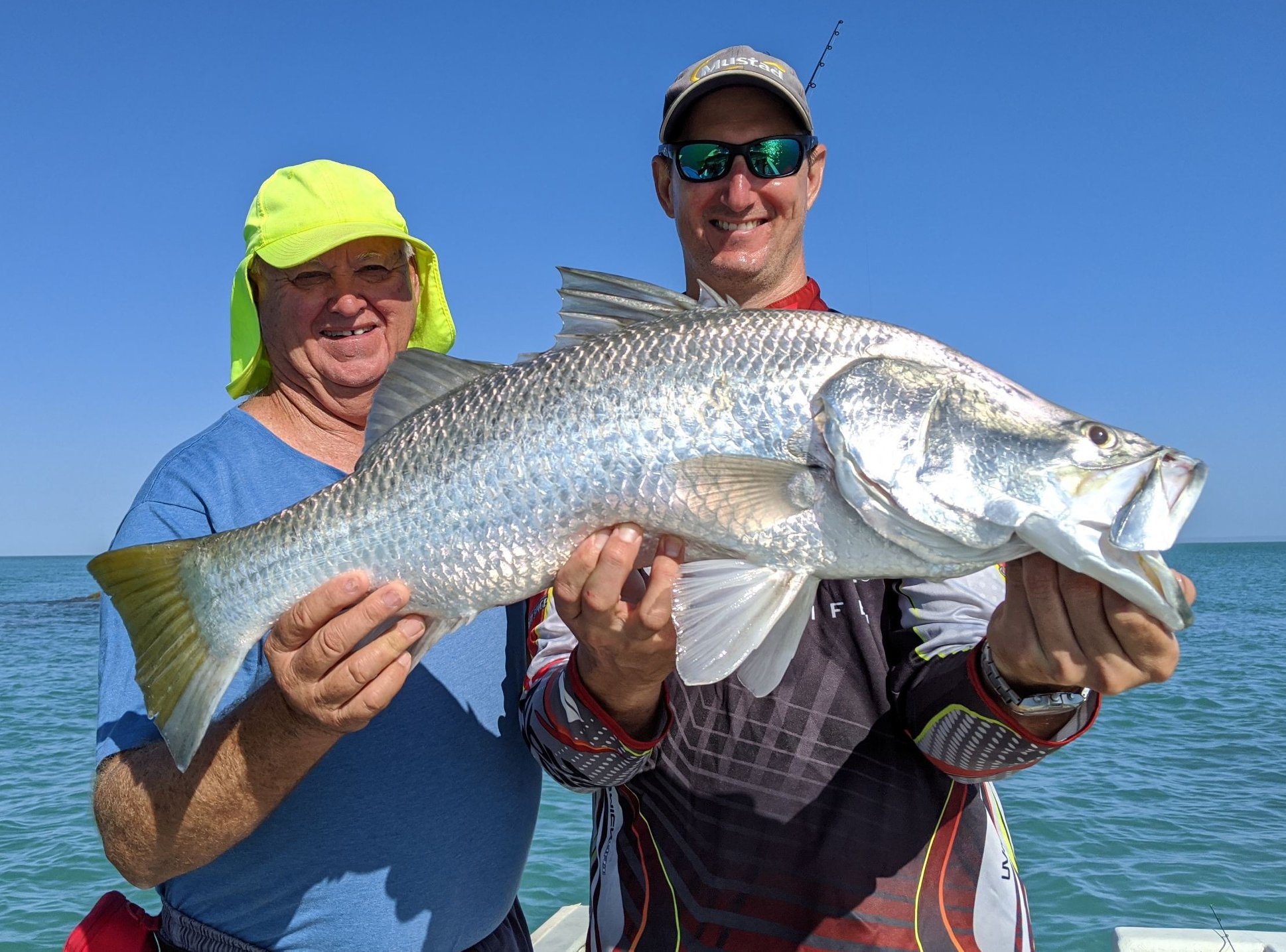 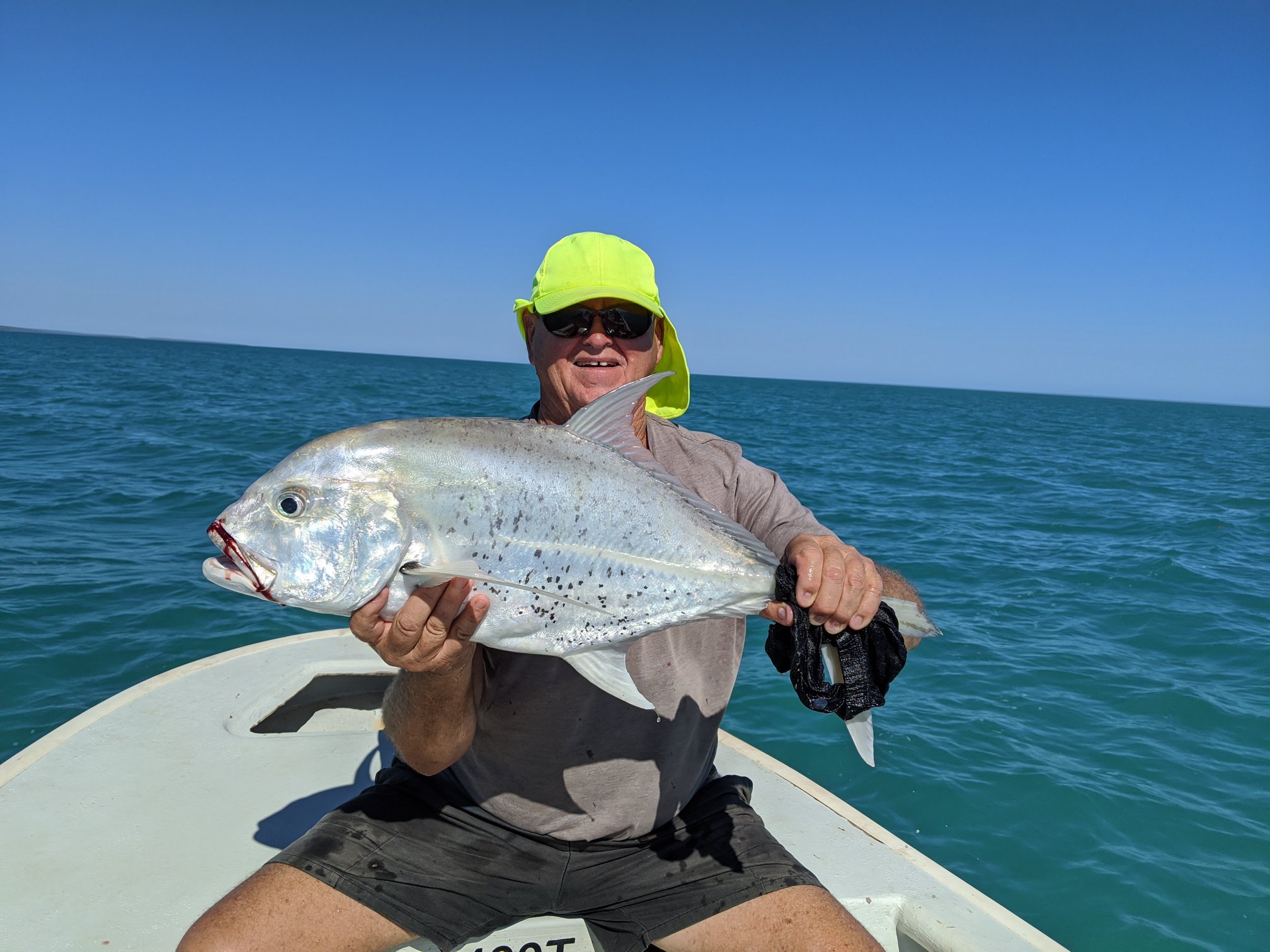 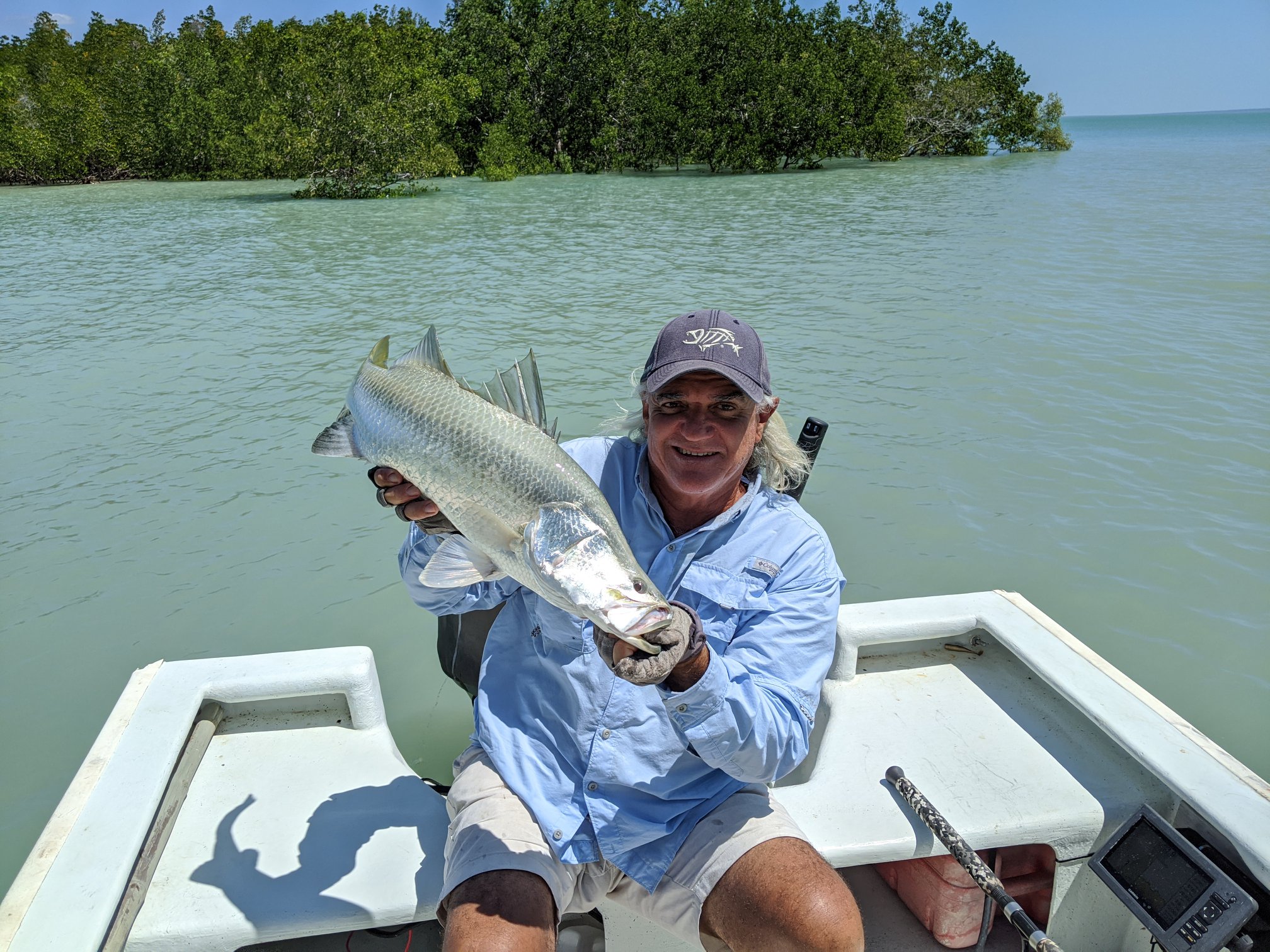 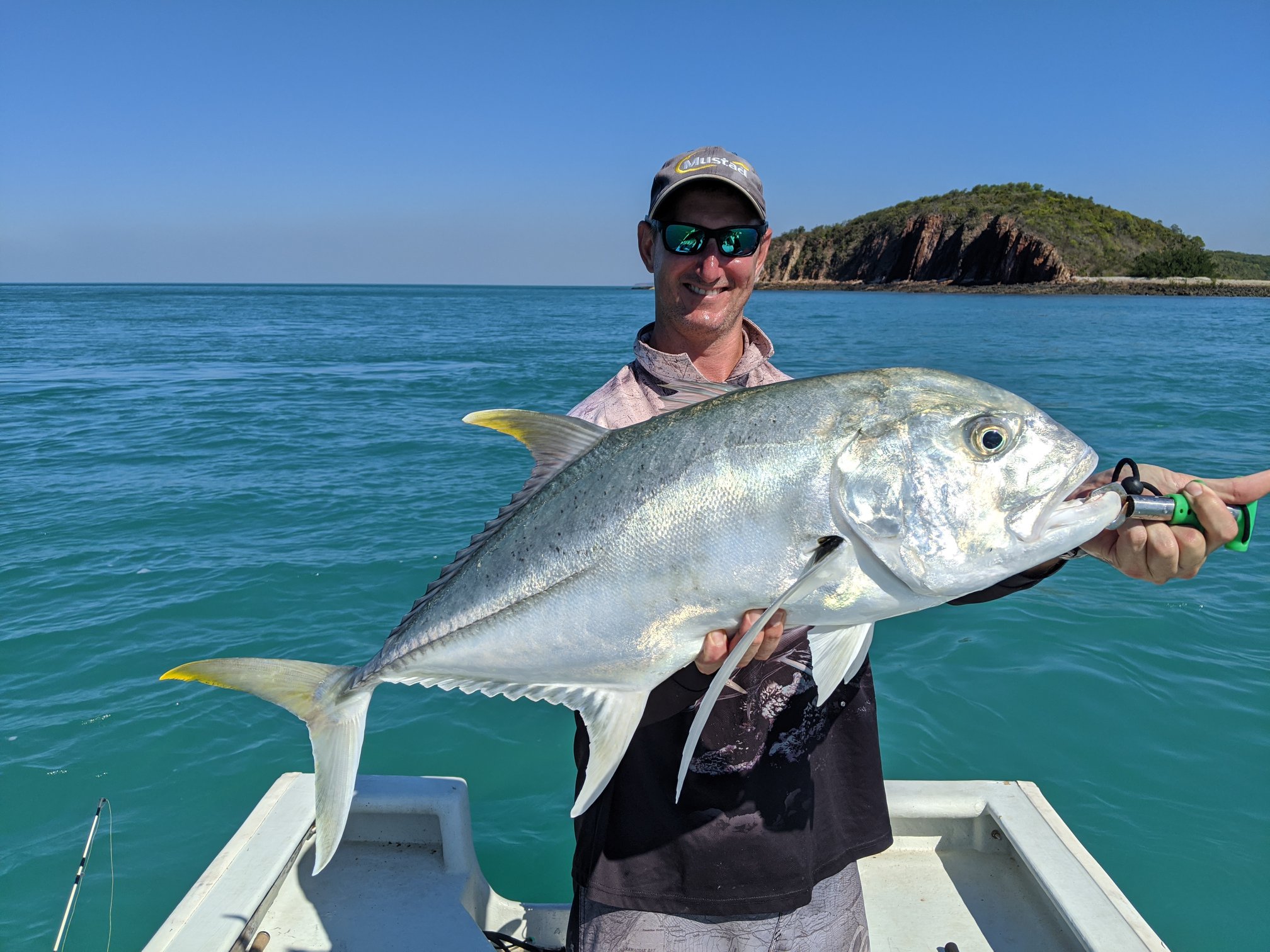 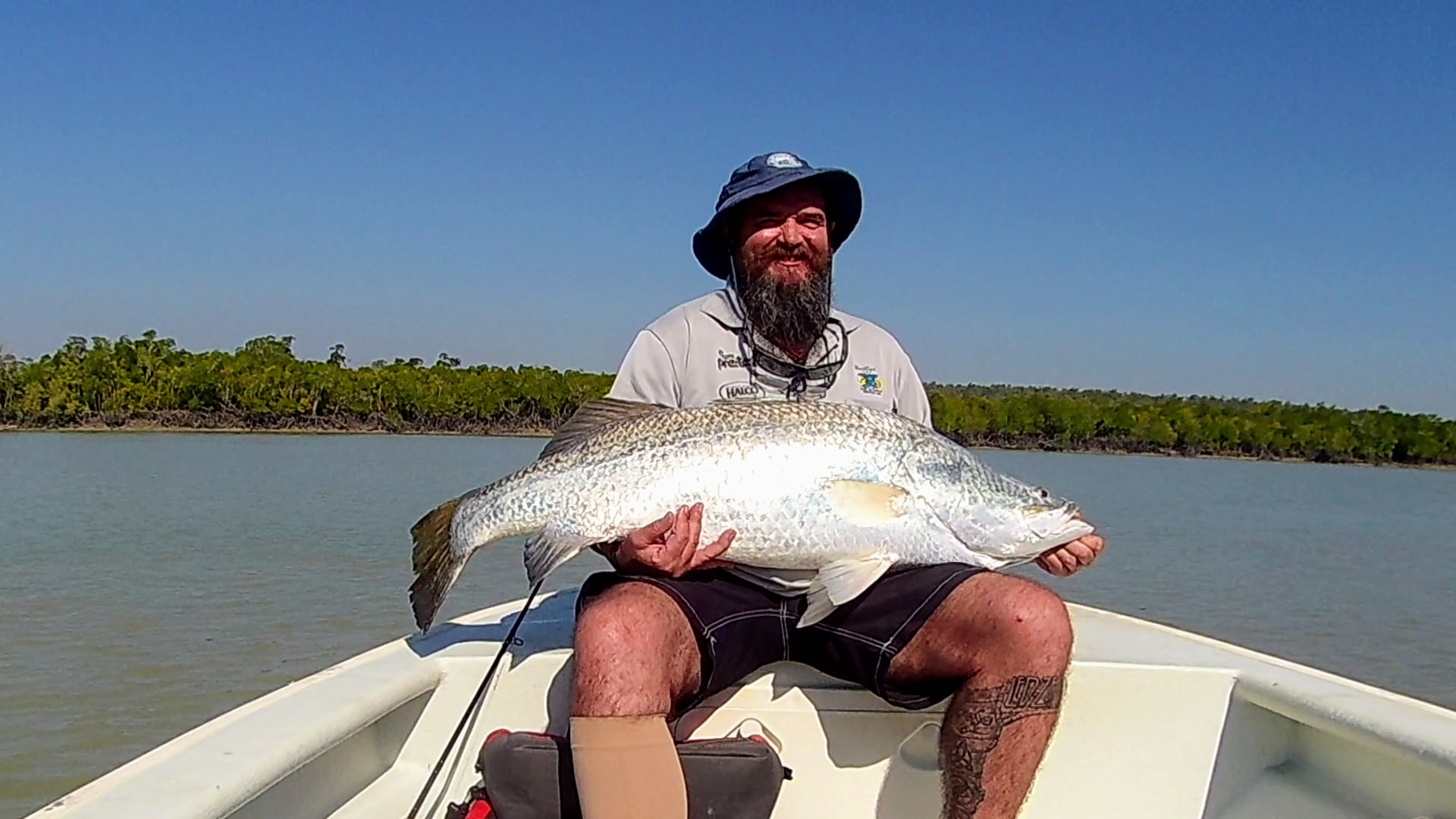 After a trying 5 months of not doing too much in the way of fishing, it was great to finally get back out on the water and do what we do best and love. Take our clients fishing and especially for Barramundi.
This week all be it with only 4 anglers and somewhat trying conditions due to the southeasterly trade winds that blow during this time, still produced some hot fishing sessions for both the ever hard pulling Trevally and Queenfish and spectacular Barramundi.
The week started off with our first stopover at one location where we fish large mudflats on the run in (flood) tide for Barramundi beaching the tenders on the mud and waiting for the fish to come to us. This produced a few fish but was not up to expectations so the father and son team decided to go and play with some large Trevally and other assortments of palagis with good success. The new angler to the Iron lady Barramundi team and his fishing partner opted for going to one of my big Barramundi spots and taking their chances at a big girl. Not to be disappointed after catching and releasing a few fish in the 60cm to 75cm range, Paul got the bite he was looking for and after what seemed forever a solid Barramundi was landed. This fish measured 118cm and now stands as Pauls PB and “Australian Sportfishing Charter” best fish so far for 2020. (Full catch on our YouTube) https://youtu.be/a5nFHq_-VLs

The following day I decided to give the boys some fishing mayhem and after taking them to “Hells Gate” and the Pinnacle the need for catching anything pelagic was realised. Some of the fish they caught were Golden Trevally, Tea Leaf Trevally, Brassy Trevally, Giant Trevally, Queenfish, Barracuda, Golden Snapper and Black Jewfish to name but a few, all caught on mainly Z-Man Lures Australia soft plastics.

The remainder of the trip was spent casting for Barramundi in Trees, sunken snags, rock bars, and mudflats. Some of the fishing at the beginning was a little slow finding fish here and there but consistently adding to the fish count. Then as the week went on the fishing picked up with a few hot sessions making for a great end to a memorable week.
Enjoy the Pics – Captain Dan
Tackle Tactics
Z-Man Lures Australia
Reel Mad Australia
Fishing Monthly Magazines
Tourism NT
0
0
Blog, Fishing Reports